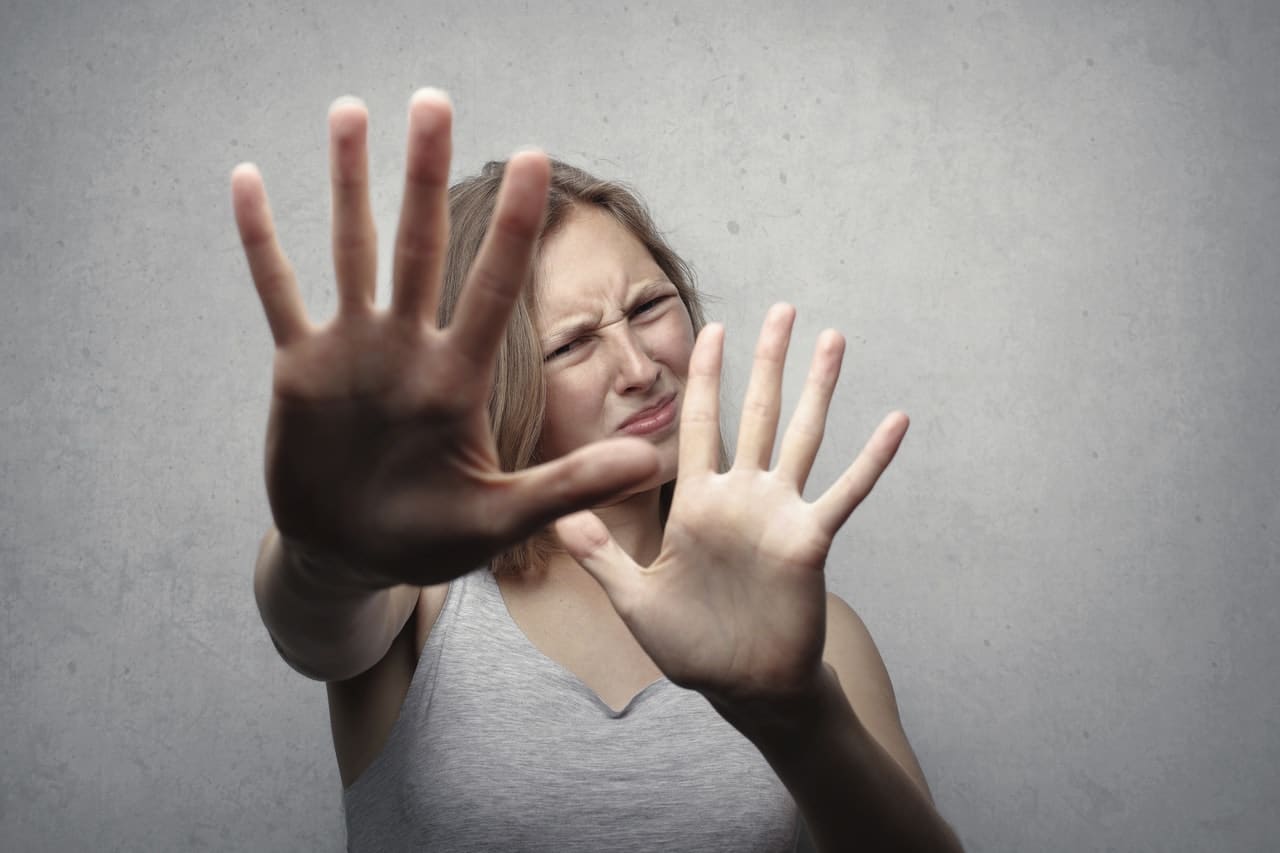 Have you ever found yourself dwelling on an insult or fixating on your mistakes? Criticisms often have a greater impact than compliments, and bad news frequently draws more attention than good. The reason for this is that negative events have a greater impact on our brains than positive ones. Psychologists refer to this as the negative bias (also called the negativity bias), and it can have a powerful effect on your behavior, your decisions, and even your relationships.

The negative bias is our tendency not only to register negative stimuli more readily but also to dwell on these events. Also known as positive-negative asymmetry, this negativity bias means that we feel the sting of a rebuke more powerfully than we feel the joy of praise.

This psychological phenomenon explains why bad first impressions can be so difficult to overcome and why past traumas can have such long lingering effects. In almost any interaction, we are more likely to notice negative things and later remember them more vividly.

As humans, we tend to:


For example, you might be having a great day at work when a coworker makes an offhand comment that you find irritating. You then find yourself stewing over his words for the rest of the workday. When you get home from work and someone asks you how your day was, you reply that it was terrible—even though it was overall quite good despite that one negative incident.

This bias toward the negative leads you to pay much more attention to the bad things that happen, making them seem much more important than they really are.

What the Research Says

Research has shown that across a wide array of psychological events, people tend to focus more on the negative as they try to make sense of the world. We pay more attention to negative events than positive ones. We tend to learn more from negative outcomes and experiences. We even tend to make decisions based on negative information more than positive data.

It is the “bad things” that grab our attention, stick to our memories, and, in many cases, influence the decisions that we make.

Psychological research suggests that the negative bias influences motivation to complete a task. People have less motivation when an incentive is framed as a means to gain something than when the same incentive will help them avoid the loss of something.3﻿

This can play a role in your motivation to pursue a goal. Rather than focusing on what you will gain if you keep working toward something, you’re more likely to dwell on what you might have to give up in order to achieve that goal.2﻿

Additionally, studies have shown that negative news is more likely to be perceived as truthful. Since negative information draws greater attention, it also may be seen as having greater validity. This might be why bad news seems to garner more attention.4\

Differences in negativity bias have also been linked to political ideology. Some research suggests that conservatives may have stronger psychological responses to negative information than liberals. Some evidence, for example, has found that people who consider themselves politically conservative are more likely to rate ambiguous stimuli as threatening.5

Such differences in the negativity bias might explain why some people are more likely to value things such as tradition and security while others are more open to embracing ambiguity and change.

The negative bias can have a variety of real-world effects on how people think and act. Do any of these situations and events seem familiar?

You received a performance review at work which was quite positive overall and noted your strong performance and achievements. A few constructive comments pointed out areas where you could improve, and you find yourself fixating on those remarks. Rather than feeling good about the positive aspects of your review, you feel upset and angry about the few critical comments.

After an argument with your significant other, you find yourself focusing on all of your partner’s flaws. Instead of acknowledging their good points, you ruminate over all of their imperfections. Even the most trivial of faults are amplified, while positive characteristics are overlooked.

You still vividly recall humiliating yourself in front of your friends, even though the event happened years ago. You find yourself cringing with embarrassment over it, even though your friends have probably forgotten about it entirely.

This meant they were also more likely to hand down the genes that made them more attentive to danger.

The evolutionary perspective suggests that this tendency to dwell on the negative more than the positive is simply one way the brain tries to keep us safe.

Research suggests that this negativity bias starts to emerge in infancy. Very young infants tend to pay greater attention to positive facial expression and tone of voice, but this begins to shift as they near one year of age.6﻿

Brain studies indicate that around this time, babies begin to experience greater brain responses to negative stimuli. This suggests that the brain’s negative bias emerges during the latter half of a child’s first year of life. There is some evidence that the bias may actually start even earlier in development.

One study found that infants as young as three months old show signs of the negativity bias when making social evaluations of others.6﻿

In studies conducted by psychologist John Cacioppo, participants were shown pictures of either positive, negative, or neutral images. The researchers then observed electrical activity in the brain. Negative images produced a much stronger response in the cerebral cortex than did positive or neutral images.

Because negative information causes a surge in activity in a critical information processing area of the brain, our behaviors and attitudes tend to be shaped more powerfully by bad news, experiences, and information.

While we may no longer need to be on constant high alert as our early ancestors needed to be in order to survive, the negativity bias still has a starring role in how our brains operate. Research has shown that negative bias can have a wide variety of effects on how people think, respond, and feel.

Some of the everyday areas where you might feel the results of this bias include in your relationships, decision-making, and the way you perceive people.

The negativity bias can have a profound effect on your relationships. The bias might lead people to expect the worst in others, particularly in close relationships in which people have known each other for a long time.

For example, you might negatively anticipate how your partner will react to something and go into the interaction with your defenses already on high alert. Arguments and resentment are often the results.

When it comes to relationships, it is valuable to remember that negative comments usually carry much more weight than positive ones. Being aware of our own tendency to fixate on the negative is also important. By understanding this natural human tendency, you can focus on finding ways to cut other people a break and to stop expecting the worst.

The negative bias can have an influence on the decision-making process. In their famous work, Nobel Prize-winning researchers Kahneman and Tversky found that when making decisions, people consistently place greater weight on negative aspects of an event than they do on positive ones.

This tendency to overemphasize the negative can have an impact on the choices that people make and the risks that they are willing to take.

When imagining scenarios involving either gaining a certain amount of money or losing the same amount of money, the risk of loss tends to loom larger in people’s minds. People often fear the consequences of the negative outcome more than they desire the potential positive gains, even when the two possibilities are equivalent.

People have a stronger negative reaction to losing $20 than the positive feelings they have from gaining $20.

When forming impressions of others, people also tend to focus more on negative information. For example, studies have shown that when given both “good” and “bad” adjectives to describe another person’s character, participants give greater weight to the bad descriptors when forming a first impression.

How to Overcome Negative Bias

The negativity bias can take a toll on your mental health. It can cause you to dwell on dark thoughts, hurt your relationships with loved ones, and make it difficult to maintain an optimistic outlook on life. Fortunately, there are steps you can take to change your thinking and fight the tendency toward negative thinking.

Start paying attention to the type of thoughts that run through your mind. After an event takes place, you might find yourself thinking things like “I shouldn’t have done that.” This negative self-talk shapes how you think about yourself and others.9

A better tactic is to stop those thoughts whenever they begin. Instead of fixating on past mistakes that cannot be changed, consider what you have learned and how you might apply that in the future.

How you talk to yourself about events, experiences, and people plays a large role in shaping how you interpret events. When you find yourself interpreting something in a negative way or only focusing on the bad aspect of the situation, look for ways to reframe the events in a more positive light. This doesn’t mean ignoring potential dangers or wearing rose-colored glasses—it simply means refocusing so that you give fair and equal weight to good events.

When you find yourself ruminating on things, look for an uplifting activity to pull yourself out of this negative mindset. For example, if you find yourself mentally reviewing some unpleasant event or outcome, consciously try to redirect your attention elsewhere and engage in an activity that brings you joy. Listening to upbeat music, going for a walk, or reading a good book are all ways to get your mind off negative thoughts.

Because it takes more for positive experiences to be remembered, it is important to give extra attention to good things that happen. Where negative things might be quickly transferred and stored in your long-term memory,1﻿ you need to make more of an effort to get the same effect from happy moments. So when something great happens, take a moment to really focus on it. Replay the moment several times in your memory and focus on the wonderful feelings the memory evokes.

By Kendra Cherry and Fact checked by Emily Swaim