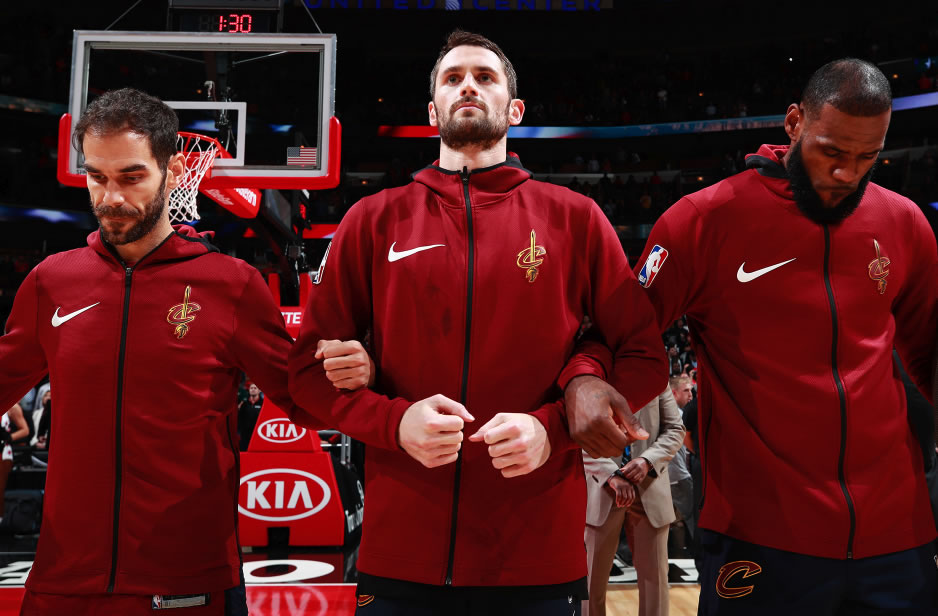 It happened during a game.

It was November 5th, two months and three days after I turned 29. We were at home against the Hawks — 10th game of the season. A perfect storm of things was about to collide. I was stressed about issues I’d been having with my family. I wasn’t sleeping well. On the court, I think the expectations for the season, combined with our 4–5 start, were weighing on me.

I knew something was wrong almost right after tip-off.

I was winded within the first few possessions. That was strange. And my game was just off. I played 15 minutes of the first half and made one basket and two free throws.

After halftime, it all hit the fan. Coach Lue called a timeout in the third quarter. When I got to the bench, I felt my heart racing faster than usual. Then I was having trouble catching my breath. It’s hard to describe, but everything was spinning, like my brain was trying to climb out of my head. The air felt thick and heavy. My mouth was like chalk. I remember our assistant coach yelling something about a defensive set. I nodded, but I didn’t hear much of what he said. By that point, I was freaking out. When I got up to walk out of the huddle, I knew I couldn’t reenter the game — like, literally couldn’t do it physically.

Coach Lue came up to me. I think he could sense something was wrong. I blurted something like, “I’ll be right back,” and I ran back to the locker room. I was running from room to room, like I was looking for something I couldn’t find. Really I was just hoping my heart would stop racing. It was like my body was trying to say to me, You’re about to die. I ended up on the floor in the training room, lying on my back, trying to get enough air to breathe.

The next part was a blur. Someone from the Cavs accompanied me to the Cleveland Clinic. They ran a bunch of tests. Everything seemed to check out, which was a relief. But I remember leaving the hospital thinking, Wait … then what the hell just happened? To read more from KEVIN LOVE, click here.