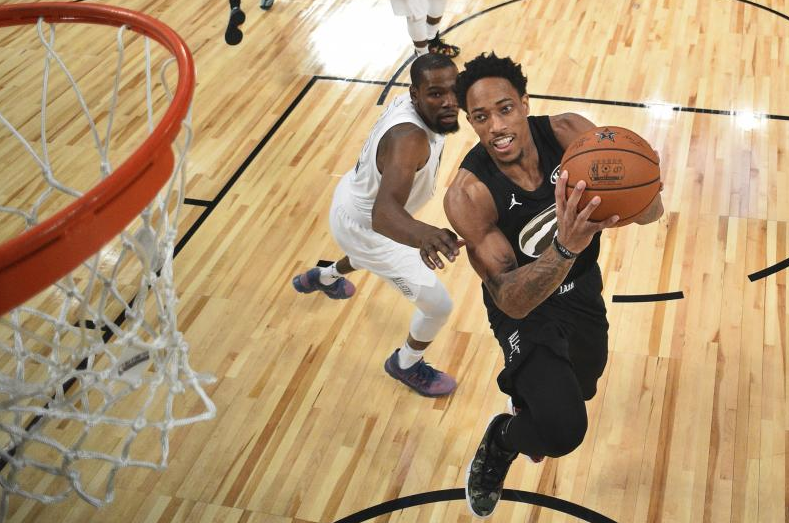 DeRozan, 28, discussed his bouts with depression in a wide-ranging interview with the paper, saying they can often become overwhelming.

“It’s one of them things that no matter how indestructible we look like we are, we’re all human at the end of the day,” DeRozan told The Star. “We all got feelings … all of that. Sometimes … it gets the best of you, where times everything in the whole world’s on top of you.”

DeRozan, in his ninth season in the NBA since being chosen ninth overall by Toronto in the 2009 draft, has helped put the Raptors atop the Eastern Conference with the third-best record in the NBA at 41-17, behind only the Houston Rockets at 46-13 and Golden State Warriors at 46-14.

He was selected an All-Star for the third straight season by following up a career season with another stellar effort — averaging just over three points less than his career best of 27.3 while already making four more 3-pointers with 68 than his previous career best of 2013-14.

“I always have various nights,” DeRozan said. “I’ve always been like that since I was young, but I think that’s where my demeanour comes from.

“I’m so quiet, if you don’t know me. I stay standoffish in a sense, in my own personal space, to be able to cope with whatever it is you’ve got to cope with.” To read more from ESPN, click here.