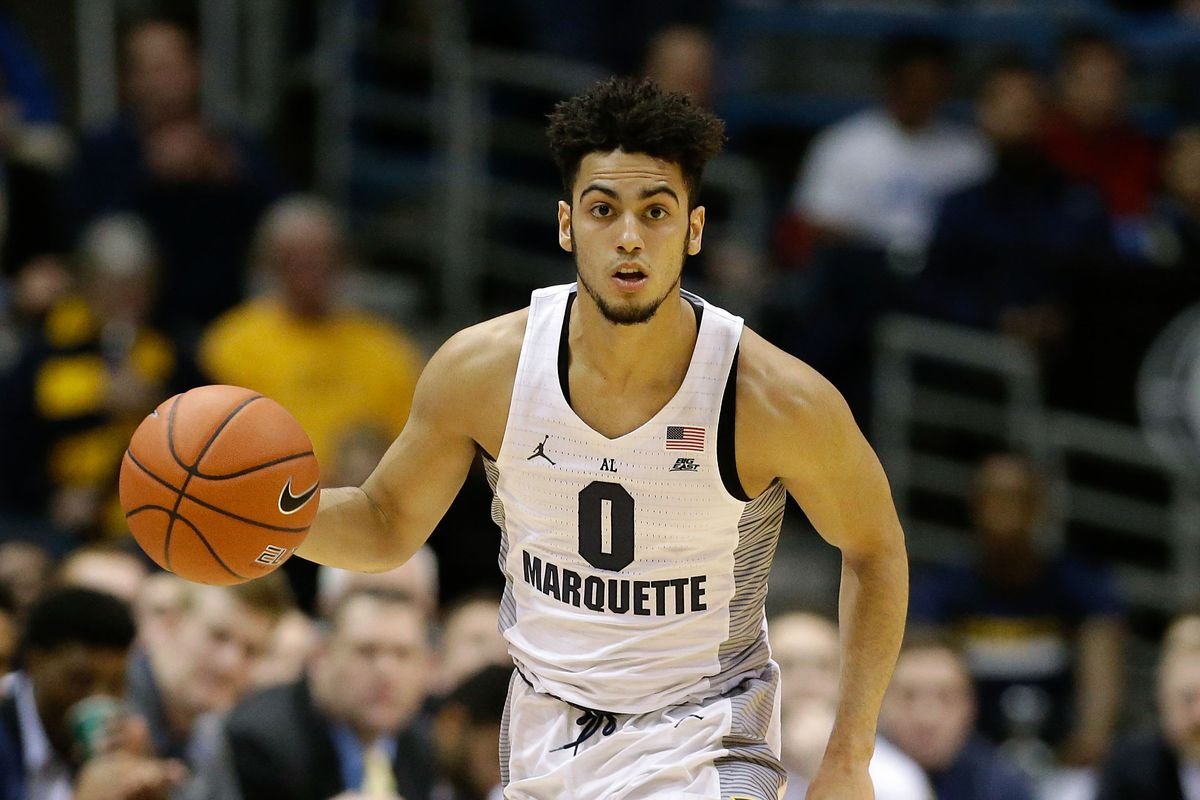 But out of the roughly 4,500 men who play basketball for the 351 Division I schools, only one was chosen to represent all of them.

Howard is the lone male representative on the NCAA Division I Men’s Basketball Oversight Committee, chosen as a top recruit, player and student to provide an educated opinion to this committee of athletic directors and coaches with the power to influence the game.

Howard, 19, is honored to serve on the committee, but also, he was ready for it. And this is an important detail. Because what the committee maybe didn’t know then, and what most of us would have hardly guessed, was that Howard used to put so much pressure on himself to live up to a sky-high standard, he was robbed of the everyday joy and contentment that should come with his pursuit of success.

“What’s been really good is being able to verbalize it, and speak what’s on your mind,” said Howard, whose term on the oversight committee runs through June 2020. “Being able to express things that you can actually say, and not feel embarrassed about.

“Getting things off your chest really helps in the long run because that’s one less thing that’s not on your mind.”

The oversight committee takes on many major tasks, including legislating multi-team events such as the Maui Invitational and NIT Season Tip-Off; reviewing proposals before the rules committee, and supervising selection procedures for the NCAA Tournament.

“When a topic comes up, they will ask for my opinion,” said Howard. “I kind of give them a sense of what I feel, and what I go through, as a student athlete.”

Howard had strong opinions, for example, about AAU and summer basketball.

“They’re playing so much that they’re not really able to work on their game in the summertime,” said Howard. “There’s a lot of focus on having kids play and play and play. The kids could get really tired. That’s when injuries could happen.”

Howard is also of the quiet opinion that NCAA student-athletes could be compensated (he doesn’t get paid for his work on the oversight committee), although he does realize this is a complicated issue.

But the topic that’s of particular interest to Howard is the mental health of student athletes.

He speaks about this to the committee from experience.

A year ago, his schedule was so busy that Howard only got a day and a half at home in Arizona over the holiday break. Family is everything to him, so it just wasn’t enough time, and he expressed that to the committee.

“I felt like I got there and then left right away,” said Howard. “I had been hearing it not only from my teammates, but different basketball players that I know around the country, the same thing: They really didn’t get much time home.

“Student athletes need that more than anything,” said Howard. “Any time I have with my family I feel is a necessity. When I come back I feel like a new person. It helps from a mental standpoint as well as physical.”

Without that mental and physical break, to decompress and recharge, how do basketball players cope?

“I find, talking with so many, I feel like what they do is bottle it all up,” said Howard. “And they don’t express it with their words.

“Part of my self-growth that I’ve gone through, is, I used to always bottle things up. Part of what’s helped me is, I’ve seen a sports psychologist.”

The idea was first suggested by MU’s sports medicine director Brandon Yoder, and while Howard was open to it, he wasn’t sure how that first session with the sports psychologist would go. Would he have to purge his thoughts and feelings to a stranger? Tell stories? Because that is not really his thing.

Thankfully, the counselor just talked, asking some questions along the way, making the session feel conversational, not inquisitional.

Howard had a buildup of so many pressures and expectations. The huge transition of leaving home, going to college, far away, not knowing what to expect. And then when he was not really playing as much early on, he got discouraged. He lacked confidence. He turned his super self-criticism up even louder.

“I’d feel a lot of unnecessary stress,” said Howard. “It was really internal stuff. I would put a lot of pressure on myself. If it’s not the way I want it, I feel as if it’s a failure.

“I’ve been a lot happier. I feel like I’m solving the problem before it happens, by being able to talk about things that I’m thinking about. Where I’m at right now, compared to where I was two years ago, it’s unbelievable how much I’ve changed.”

Howard visits the off-campus psychologist once a week and he takes the sessions seriously.

“I go into it not just to get it over with,” said Howard. “I understand that giving him the best things that are on my mind, that’s only going to help me.

“I have to go into it thinking like it’s another practice. I’m going to do whatever I have to do to get better.

“When I have a positive mind it helps me with every aspect of my life.”