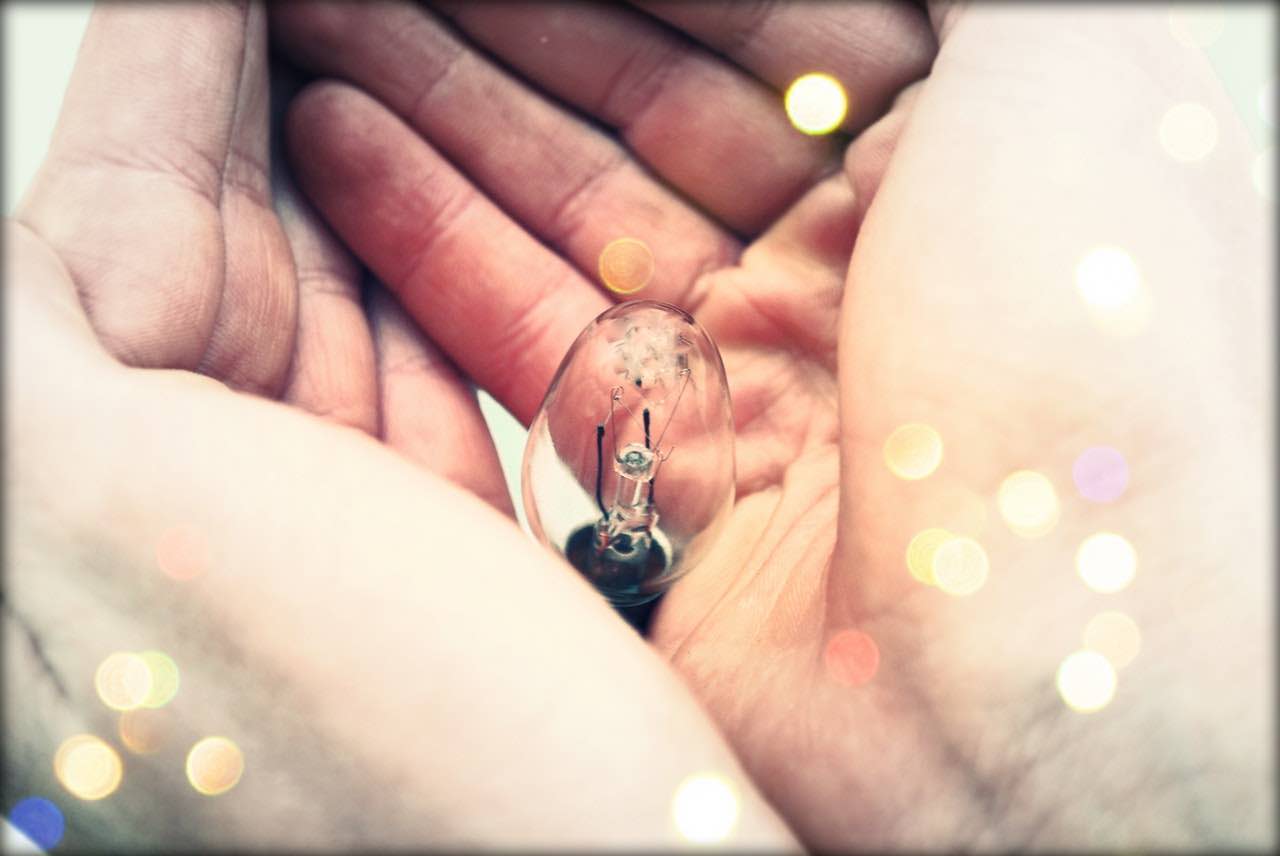 What We Can Learn From the World’s Top Athletes

Grit. Determination. Willpower. Fortitude. Do you have what it takes to persist in the face of challenges? To pick yourself up and carry on even when it seems like you have hit a brick wall? Mental toughness is a term used in psychology to refer to the resilience and strength that people possess to soldier through struggles and succeed.

It is this mental toughness that gives some of the world’s athletic superstars the ability to push past exhaustion, opposition, and injury to score and to win. It is the same quality that gives even weekend warriors the strength to finish that last mile and power through that final set of reps.

So what can you do to cultivate a mentally tough attitude that will serve you well in not only your fitness pursuits but also in other aspects of your life?

Mental toughness is what helps set great athletes apart from the competition. To cultivate these qualities, it is essential first to understand what exactly makes these mentally strong competitors different from the pack.

While it originated in the field of sports training, referring to the ability of athletes to stay strong, confident, and competitive, the concept is now widely used to refer to the host of mental attributes that allow people to handle life’s difficulties.

How do psychologists define mental toughness? There is some debate among researchers about exactly how to define it including what it entails and the areas of life to which it applies. Some experts, for example, suggest that mental toughness should be restricted largely to the field of sports while others believe that it is a more general quality that impacts many other areas of life.

In their book, Developing Mental Toughness, researchers Peter Clough and Doug Strycharczyk define mental toughness as “The quality which determines in large part how people deal effectively with challenges, stressors, and pressure…irrespective of prevailing circumstances.”

Clough and his colleagues describe it as similar to a personality trait consisting of four critical components:

Challenge: Viewing challenges as opportunities rather than obstacles.
Control: Believing that you are in control of your life and destiny.
Commitment: Having the ability to stick to tasks and see them through to completion.
Confidence: Possessing strong self-belief in your ability to succeed.

They also suggest that it is similar in many ways to the concept of psychological hardiness and that mental toughness should not be restricted to the field of sport. Elite athletes might typify the sort of mental toughness that makes them winners, but the same skills can apply to many areas of everyday life.

So, is mental toughness the product of nature or nurture? Available evidence points to a strong genetic link. While some people just seem to come by mental toughness quite naturally, researchers suggest that it is also a skill that can be learned and strengthened.

Athletic training certainly points to the ability to acquire these skills. What else can you do to cultivate the quality of mental toughness?

2. Believe in Your Ability to Achieve Your Goals

In a 2002 study of ten of the world’s most elite athletes, one factor that these top performers named as a major contributor to their success was an unshakable self-belief.

Mentally tough people don’t just think they might be able to succeed, they know they can. While much of the research on mental toughness relates directly to the world of athletics and sport, you can apply some of these same principles to other areas of your life.

Whether you are trying to lose weight, drop a bad habit, run a marathon, or excel in your profession, believing in yourself is essential. Avoid negative self-talk and instead focus your energy on staying positive and self-encouraging.

3. Focus on Intrinsic Motivations Rather Than External Rewards

The world’s top athletes don’t find the will to persevere and win because they are seeking acclaim, money, or other rewards (although those things are undoubtedly nice). Instead, they are intrinsically motivated by forces within themselves.

Intrinsic motivations are those that come from within an individual and involve doing things for their own sake. These internal motivations drive people to do better, push harder, be stronger, and see just how far they can go.

Mentally tough people don’t focus on the possible rewards that may await them at the end of a challenge. Instead, they see participating and overcoming challenges as rewarding in and of themselves.

4. Don’t Let Setbacks Get You Down

Mentally tough athletes tend to rebound from setbacks with a renewed sense of determination. You can employ this in your own life as well. Rather than becoming discouraged, focus on building the resolve to push through the challenge and achieve your goals.

In one study of elite female athletes, many participants suggested that mental toughness often develops out of negative experiences. Facing difficulty both in their sport and in their personal lives led these top performers to develop new ways of managing stress and excelling in the face of difficulty.

When surveyed about their perceptions of what helped them develop this mental toughness, elite gymnasts cited having goals as one of the strongest influences: “I realized how to set goals and how trying to reach them would help me get to the highest level,” one gymnast told researchers.

While they sometimes make it look effortless, it is important to realize that they are simply willing to put in the work. For athletes, this is all about sticking to training regimens and facing competition at athletic events. In everyday life, this might involve taking steps each day toward reaching your goals, even when achieving those goals seems far off or even impossible.

Being mentally tough is not something that just happens suddenly in a moment; it is more about daily habits that help people soldier through the tough times in order to realize their ambitions.

This doesn’t mean that you should not accept help or go it alone. Even elite athletes rely on their coaches and teammates to help push them, guide them, and inspire them to work harder and achieve their full potential.

7. Understand That There Will Be Highs and Lows in Life

Mentally tough people don’t expect life to be sunshine and roses all the time. In fact, they expect adversity, but they have faith in their abilities to survive, adapt, and overcome.

According to research, elite athletes report that it is often adversity and competition that helps foster mental toughness. It is only in the face of great difficulty that people learn what they are truly capable of.

8. Maintain Your Sense of Control

According to researcher Peter Clough, control is a key component of mental toughness. Those who exude this type of mental strength feel that they have personal control over their own destiny.

Rather than pin their failures or successes on outside forces, the mentally tough have more of an internal locus of control. They don’t see themselves as simply passive observers in their lives. Instead, they believe that they have an active role in creating their own victories.

9. Stick With It, Even When It’s Hard

Commitment is another one of the four major factors identified by Clough and his colleagues. Consider how athletes are able to power through exhaustion and pain to reach the finish line. The mentally tough are dedicated to seeing it through, even when it’s hard and even if they think they might fail.

Many of the best performers suggest that competition, and the inherent success and failure that comes with it, is one of the critical components that contributes to their mental toughness.

The lesson from the world’s top athletes is that even though setbacks are hard, sticking to your commitments helps you gain the lessons and experience you need to succeed in the future. It teaches you about your strengths, makes you aware of your weaknesses, and helps you realize that obstacles and even failures don’t spell disaster—as long as you dust yourself off and keep going.

Simply working on your goal may, over time, help contribute to a mentally tough attitude. Mahoney and his colleagues found that by exerting more continuous effort, people are more likely to feel a sense mastery, achievement, and productivity, all of which make the pursuit of the goal a more positive experience.

When things are challenging or even unpleasant, pushing forward and attaining that feeling of accomplishment can give you the mental strength to keep going.

World-class athletes do not reach the top of their game all on their own. In most cases, they spend a tremendous amount of time with peers who provide support, training opportunities, and a positive environment for personal and professional development.

Friends, family, colleagues, and even your competitors can also help contribute to a ‘never say die’ attitude. Look to people you admire to help instill these feelings of hard work, determination, grit, and positivity.

Seek out people who are going to contribute to your success and encourage you to achieve your goals. Find mentors and look to people who exude mental toughness to help inspire the development of this mental skill in your own life.

As Winston Churchill once proclaimed, “Success is not final, failure is not fatal: it is the courage to continue that counts.”