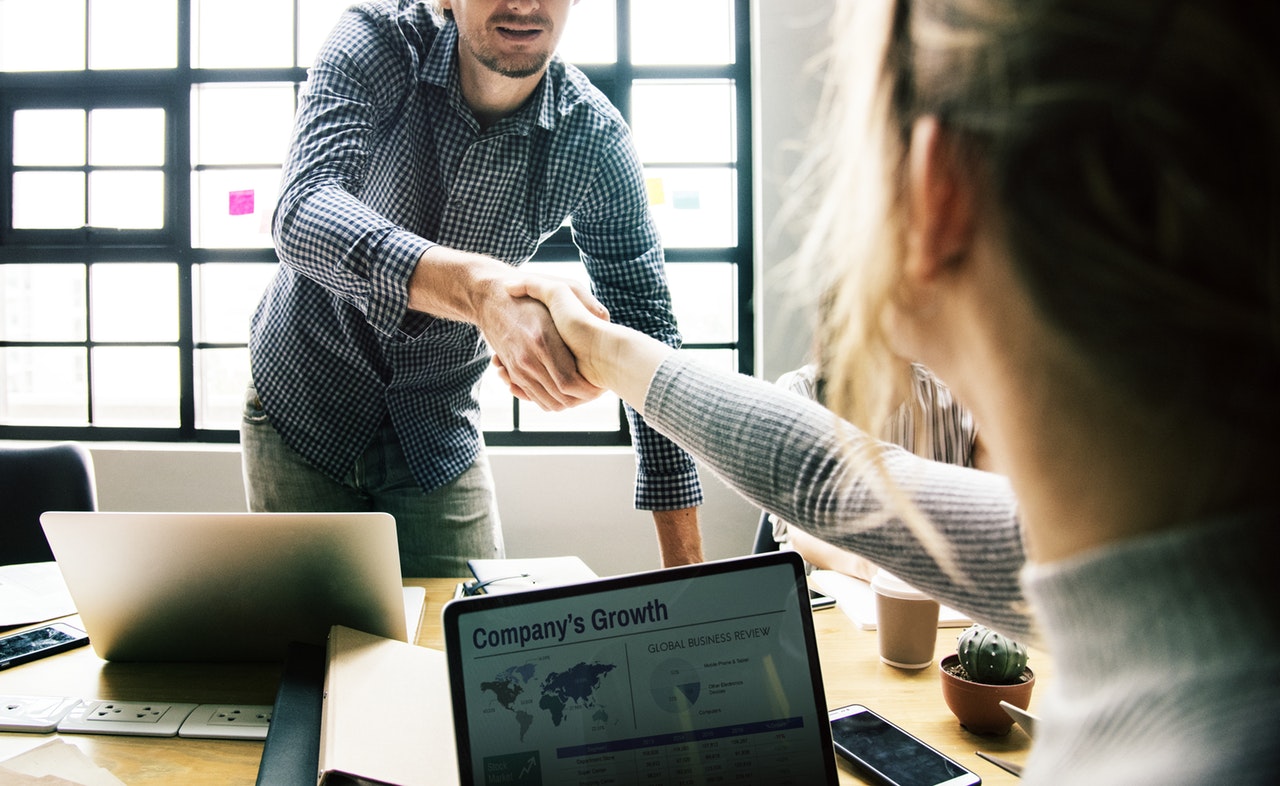 Overachievement can take a toll on your health and happiness

Success is something that everyone strives for, but is it ever possible to work too hard to reach your goals? Overachievers are people who do great things, but still need to accomplish more. Even though they attain more success than the vast majority of people, they are never satisfied and always strive to accomplish more.

While this behavior can lead to professional and academic success, it can create a huge imbalance in a person’s life. An overachiever may neglect his or her own needs or the needs of family and friends in order to triumph.

Achievement is, in most cases, a good thing. After all, who doesn’t want to reach their goals? The problem with overachievement is that it involves reaching these goals at costs that outweigh the rewards. People often sacrifice their own health, happiness, and relationships in order to chase a target that is always moving beyond them.

How exactly do we define overachievement? Is there a point at which being successful and high-performing veers into excess?

While there is no established definition, most would agree that the problem is not the need to achieve. Instead, it is the means that are used to reach and maintain that level of achievement that are often problematic.

If an individual judges his or her own worth purely based upon successes, there is a strong sign that he or she may be an overachiever.

There are many different settings where overachievers may display problematic behavior patterns. Some of these include:

In academic settings, overachievers are frequently identified as students who perform above and beyond the standards expected of their age level. They are often contrasted with underachievers, who are those who perform less well than educators expect.

Both labels are often used in educational contexts, but not without controversy. Many believe that saddling students with either label can influence how they are treated by their teachers and as a result, can impact how well students perform in school.

Kids who are tagged as overachievers may face higher expectations from their teachers, while those viewed as underachievers may not receive the support and guidance that they need to succeed in school.

Overachievers tend to be very successful in their professional lives, but they are often known as hard-driving workaholics. In leadership roles, they can be perceived as overly harsh and dictatorial due to their excessively high expectations of other group members.

They hold themselves to an almost impossibly high standard, and they tend to apply those same measures to those that they supervise. Team members may respect an overachievers work ethic but can feel overburdened by the weight of expectations that these leaders hold.

While overachievers may be successful in some ways, their tendency to take on too much work can lead to burnout over the long-term.

Trying to maintain such a high level of output and performance can be exhausting or even impossible to keep up for a long period of time. When an overachiever does reach the breaking point, the admission of defeat or failure can be devastating.

For example, an overachiever who takes part in a community sports league might take this role much more seriously than the other participants, working endlessly to ensure that his performance is far better than anyone else’s on the team.

So what distinguishes the overachievers from the high-performers of the world? Are the two really so different?

Overachievers are more focused on reaching the finish line than they are on the actual end product. Achievement is all about reaching an end—the word itself derives from an Old French term meaning ‘to bring to a head.’ Overachievers are focused on doing just that. No matter what it takes, they will get it done.

High performers are focused on reaching their goals, but they care much more about how well they perform.

Success does not just mean finishing on time or ticking certain tasks off a list. Instead, it is all about the journey itself, how well the project turns out, and how much they learn along the way.

The act of performing something is not simply to reach the end so that you can say that it is finished—it is about the performance itself. It about doing something, doing it well, making something better, and even learning something from the experience.

Being an overachiever is not necessarily a bad thing. If people suggest that you are an overachiever, they may simply mean that you are smart, successful, and hard-working. But if you feel that your success is being overshadowed by anxiety or a crippling fear of failure, it might be time to reevaluate your relentless pursuit of achievement.

If you think that you might be an overachiever, here are a few questions you might want to ask yourself.

1. Do You Only Care About the Outcome?
Overachievers tend to believe that the only thing that matters is reaching the outcome. They judge themselves by this standard and they also believe that others judge them in the same way.

Failure is not just part of the process for an overachiever—it is how they measure their worthiness. Poor outcomes can be devastating, so an overachiever will go to any ends to avoid such failings.

When they do reach a goal, an overachiever is more likely to experience feelings of relief that they were able to avoid failing. Rather than feeling pride or joy in their accomplishment, they are simply relieved that they have not failed.

Just as achievement is usually a good thing, being something of a perfectionist is not always bad news. It often means that you value good work and are committed to doing your best. It is when this perfectionism becomes a source of stress and anxiety that it can start to take a toll on your physical and mental well-being.

3. Do You Criticize Yourself?
It is normal to be a bit critical at times of our own behaviors and shortcomings. Overachievers, however, have a tendency to berate themselves for failing to live up to their own excessively high expectations.

They may set goals that are simply impossible to achieve and then subject themselves to criticism and self-recrimination for failing to live up to these unreachable standards.

Being an overachiever may mean that you are more likely to suffer from self-doubt and anxiety. The stress of constantly striving to reach an almost impossible goal coupled with the ever-present fear of failure can be a major source of stress.

4. Are You Only Focused on the Future?
Because they are so wrapped up in avoiding negative outcomes, overachievers are always worried about the future. The problem with this is that they regularly neglect the hear and now.

5. Do You Work Too Much?
If you find that you are working all the time and it seems like you can never take a break from it, you might be an overachiever. Never taking a vacation, day off, or even a mini-break during the day are all common behaviors for overachievers.

Such behavior patterns may happen from time to time, particularly during busy periods when you feel that you have a great deal to get done.

If this behavior becomes chronic and you don’t seem able to “turn it off” and relax, there is a strong chance that you are pushing yourself too hard.

Overachievers regularly stay late at the office, spend all of their time working, and skip out of even simple self-care activities and hobbies in order to work.

6. Do You Take Risks to Reach Your Goals?
The need to overachieve can become dangerous when people start engaging in risky or unethical behavior in order to reach their goals. Overachievers have a tendency to set goals that are unrealistic. As a result, they may be willing to do almost anything to avoid failure.

Unrealistic health goals, for example, can lead to dangerous behaviors that can undermine a person’s overall health. Cutting too many calories to reach a weight loss goal and running too many miles each day in order to prepare for a race are two examples. At work, an overachiever may find themselves cutting corners or even doing things that are unethical in order to be successful.

7. Do You Have Outbursts of Anger?
The demand to achieve beyond the bounds of expectations can create a tremendous amount of stress—which may result in emotional outbursts when things do not go according to plan.

A person who is already on edge may become easily frustrated by co-workers who they feel are holding them back or not pulling their own weight. Losing your temper once in a while is normal, but acting out inappropriately with little provocation can be a sign that you are putting too much pressure on yourself to achieve the impossible.

8. Can You Deal With Criticism?
Critical evaluations of performance are tough for anyone, but they can be particularly devastating to overachievers.

To an overachiever, criticism implies failure and failure is an overachiever’s greatest fear. If you find yourself taking even the smallest critiques personally, it might be a sign that you need to step back.

9. Do You Ever Feel Satisfied?
Overachievers are never able to settle down and just enjoy the present. Even after achieving some important goal, they do not take the time to really enjoy their success. All that matters is what comes next.

If it seems like you are simply moving from one goal to the next without ever stopping to relish your accomplishments, it is possible that you are an overachiever.

10. Do You Feel Stretched Too Thin?
In addition to working too hard in general, overachievers often become involved in too many projects. They are not satisfied with being skilled in just a few areas—they want to succeed at everything.

Unfortunately, rather than becoming the master of many skills, they may end up being proficient at none. Burnout is also a likely outcome.

11. Are You Motivated by Fear?
There are many different sources of motivation that can compel people to work toward their goals, yet overachievers are often motivated out of fear. Fear of failure, fear of letting other people down, or a fear of looking weak or incompetent.

This type of motivation serves as a source of anxiety. Ultimately, you are working hard in order to avoid a negative outcome (failure) rather than achieve a positive outcome (achieving a desired goal).

This sort of avoidance-based behavior often leads to distress, worry, and negative feelings, all of which can have a detrimental impact on your self-worth and confidence.

What to Do If You Are an Overachiever

If you feel that you are an overachiever, there are steps that you can take to ensure that your need for success does not hinder your physical health, your emotional well-being, or your social relationships.

Take a Step Back

As you begin to pursue a goal, take a moment to consider why it is so important to you. Is this something you really care about? How will you feel if you don’t achieve this goal? Does this goal have a realistic outcome?

While it may not change your mind about pursuing your objective, it may help you gain a bit of perspective about why you are chasing this goal.

Even if you are working hard toward reaching your goals, you need to take the time to care for yourself.

Do not overlook your well-being, both physical and mental, just so you can keep your nose to that grindstone.

Give yourself breaks, reward your efforts, and do something each day that will benefit your health and wellness.

Reach Out to Others

Overachievers are known to let their relationships suffer in the pursuit of their goals. It is important to remember that maintaining healthy social connections is actually more likely to support your long-term success. Reach out to others, devote time to the ones you love, and be willing to let other people support you along the way.